Seneca Growth Capital VCT Plc (“the Company”) is a Venture Capital Trust, launched in 2001, which now aims to generate returns from a diverse portfolio of both unquoted and AIM/AQSE quoted growth capital investments. Until 23 August 2018 the Company was called Hygea vct plc.

The Company made an initial allotment of B shares on 23 August 2018, at which point Seneca Partners Limited (“Seneca”) was appointed as the Company’s Investment Manager. Further to the success of the Company’s B Share offers in the last three years, a new offer of B shares was launched on 29 October 2021 to raise, in aggregate, up to £10 million with an over-allotment facility of up to a further £10 million (before issue costs).

As the Company’s Investment Manager, Seneca are responsible for the management of the Company’s B share pool investments, whilst responsibility for the management of the Ordinary share pool investments has been delegated to those members of the Board of Directors who served immediately prior to 23 August 2018, namely John Hustler and Richard Roth. The Company continues to manage both share classes in accordance with its investment policy, having expanded the range of qualifying investments in 2018.

You should only rely on the information provided in the Prospectus and relevant Key Information Document when deciding whether to make an investment. Your capital is at risk and you may get back less than you invest. More information

VCTs offer significant tax advantages over most investment products. In summary, the main tax reliefs for Qualifying Investors are:

Income tax relief is only available for set-off against any income tax liability due.

The above is only a very brief summary of the UK tax position of Qualifying Investors in VCTs and is based on the Company’s understanding of current law and practice. The tax treatment of Investors in VCTs will depend on their individual circumstances. Potential Investors are recommended to consult their own appropriate professional adviser as to the taxation consequences of their investing in a VCT.

The Company’s investment objective is to provide shareholders with an attractive income and capital return by investing its funds in a diverse portfolio of both unquoted and AIM/AQSE quoted UK companies.

The Company will target well managed businesses with strong leadership that can demonstrate established and proven concepts, and are seeking an injection of growth capital to support their continued development.

At least the minimum required percentage of the Company’s assets will be invested in Qualifying Investments as required by the VCT Rules, with the remainder held in cash and money market securities.

The VCT was originally established as BioScience VCT in 2001 and subsequently renamed Hygea vct plc in 2006.

On the 23 August 2018, on the first issue and allotment of New B Shares, the VCT was renamed Seneca Growth Capital VCT Plc and Seneca Partners was formally appointed as Investment Manager and has been permitted to act as the VCT’s Alternative Investment Fund Manager (“AIFM”).

Seneca is an award-winning specialist SME investment and advisory business. Formed in 2010, and headquartered in the North West of England, the management team have extensive experience across a range of sectors, including private equity, corporate finance, wealth management, accountancy and stockbroking.

Seneca won “Alternative Finance Provider” in both 2016 and 2017 at the North West Business Insider Awards as well as ‘Sub £10 million Deal of the Year’ in 2016 in respect of their EIS investment in Foodpack Ltd, a North West based food packaging business. More recently, Seneca were highly commended at the EIS Association Awards for “Best EIS Investment Exit”, “Best EIS Investment Manager ‘One to watch 2018’” at the Growth Investor Awards and the Company won “Best New Entrant” at the Tax Efficiency Award in 2019.

Seneca’s fund management activities are complemented by its mid-market corporate advisory practice which specialises in advising corporates, management teams and investors on a wide range of corporate finance related transactions ranging from fundraisings for early stage businesses, through to lower mid-market sales and buy-outs with typical deal sizes ranging from £5 million to £50 million.

Seneca is also the founding member of the Seneca branded network of companies which includes:

This wider Seneca branded network of companies operates from 5 offices across the North of England and employs more than 60 people. As a result of this extended network Seneca enjoys strong deal flow and anticipates that the B Share Class will benefit from access to its existing pipeline of growth capital investment opportunities.

The Board comprises three non-executive Directors, two of whom are independent of the Manager. Although the management of the Company and the investment decisions in relation to the B Share portfolio will be delegated to the Manager and the Manager will act as the Alternative Investment Fund Manager, the Directors retain overall responsibility for the Company’s affairs. 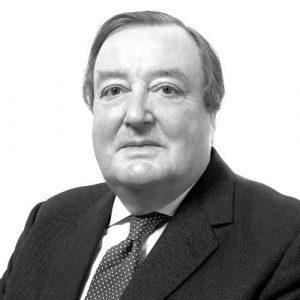 Joined Peat Marwick, now KPMG, in 1965 and became a Partner in 1983. Since leaving KPMG in 1993 to form Hustler Venture Partners Limited, he has advised and been a director of a number of growing companies. He is presently Chairman of Octopus Titan VCT plc. He was also a member of the Council of The Institute of Chartered Accountants in England and Wales and Chairman of its Corporate Finance Faculty from 1997-2000, and was a member of the Council of the British Venture Capital Association from 1989-1991. 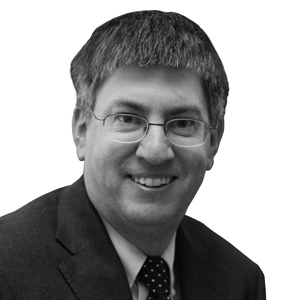 Is a director of all the Oxford Technology Venture Capital Trusts and Chairman of Oxford Technology 2 Venture Capital Trust Plc. He is a Chartered Management Accountant and worked in the airline industry for a number of companies including easyJet and the Monarch Group, and was CFO of RoyalJet. He has subsequently had a number of consulting assignments, in particular helping companies determine their strategy, and implementing business improvements. Richard has been a VCT investor for over 15 years. He has invested in a number of small (mainly unquoted) companies and has also advised several potential start-up businesses – mainly travel-related. 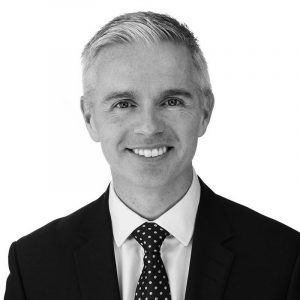 Richard is a director and CEO of and shareholder in Seneca. He qualified as a chartered accountant with KPMG in 2004, joined NM Rothschild’s leveraged finance team in Manchester in 2007 before joining Cenkos Fund Managers in 2008. Richard joined Seneca on launch in 2010. Richard has been involved in the development of all areas of Seneca’s business and played a key role in its journey from start up to managing more than £100m. He has been a continuous member of Seneca’s investment and credit committees and has been involved in all of Seneca’s EIS growth capital investments to date leading 25 of these. Richard became Managing Partner in 2016 and CEO in 2017. 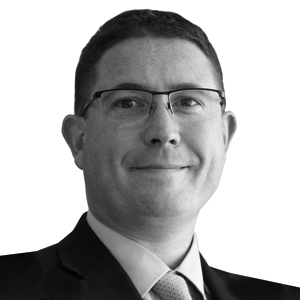 Alex is Managing Director of Bamburgh Capital. He qualified as a chartered accountant with PricewaterhouseCoopers in 1998, joined Brewin Dolphin Securities in 2000 before becoming co-founder of Zeus Capital in 2003. Alex then went on to co-found Bamburgh Capital in 2011, executing over 20 transactions acting on both the “buy” and “sell” side and raising funding. During this time, Alex was co-founder of Compass BioScience Group Limited and Collbio, two highly acquisitive companies, and became interim CFO of Collbio which undertook an IPO on the London Stock Market within an 18-month period, changing its name to Collagen Solutions. Given Alex’s experience of public markets and growth capital investing, his expertise and knowledge are highly relevant to the ongoing success of the Company.

If you have any questions about anything you’ve seen on our website then please get in touch. We are here to help. Normal office hours are weekdays 9.00am to 5.00pm. The office is not open on weekends or bank holidays.

Or via phone or email on

The contents of this website are a financial promotion and are approved by Seneca Partners Limited of 9 The Parks, Newton-le-Willows WA12 0JQ.

The value of an investment in the Seneca Capital Growth VCT plc may go down as well as up, in which case an investor may not get back the amount invested. The share prices quoted may not reflect the VCT’s net asset value.

Seneca Growth Capital VCT plc’s investments include holdings in private companies which are small and which carry an above-average level of risk to capital and whose shares may not be readily marketable. It also invests in companies quoted on the Alternative Investment Market (AIM) of the London Stock Exchange (LSE) which is generally for smaller, emerging companies and carries a higher level of risk to capital than the main market of the LSE.  The past performance of Seneca Growth Capital VCT plc is not a guide to the future performance.

Any tax reliefs available to investors are dependent on personal circumstances and may change in the future. The tax reliefs available to certain investors in Seneca Growth Capital VCT plc are dependent on the VCT maintaining Inland Revenue approval. If this approval is withdrawn, the VCT will lose its status and all tax reliefs are likely to be cancelled. Investors must retain their VCT shares for five years to retain the up-front income tax relief. The tax rules and regulations governing VCTs are subject to change.

An investment in Seneca Growth Capital VCT plc may not be suitable for all investors. Investors should seek advice from a qualified financial adviser. Nothing on this website should be construed as investment or tax advice.

Seneca Partners Ltd is authorised and regulated by the Financial Conduct Authority.